The RIOS Lab uses collaborative engineering from both academia and industry to elevate the RISC-V software and hardware ecosystem, and in the PicoRio, we have created an open, affordable, Linux-capable RISC-V hardware platform to aid software developers in porting many modern programs that require JavaScript or graphics processing units (GPUs). PicoRio will build upon high-quality IPs and software components from expert industry engineers and academic researchers. It’s not proprietary to any specific vendor and platform and will have complete documentation to help people build quality products in a short amount of time. The aim is to ship PicoRio 1.0 in the first half of 2021.

The PicoRio will aim to offer the following features and benefits:

To give focus to such an effort, it helps to have concrete targets. We aim to release a new PicoRio version every year and we will divide the development of PicoRio into three phases:

We include a basic 64-bit quad-core cache-coherent design (RV64GC) that runs full Linux. We have already booted a Chromium OS kernel in command-line mode. A standalone version of Chrome V8 JavaScript engine will run directly on the kernel. We expect an early beta release late this year. This “headless” version of PicoRio should be fine for software development.

In addition to improving the v1.0 hardware, RIOS Lab is partnering with Imagination Technologies to integrate a complete multimedia pipeline alongside our open 64-bit RISC-V cores to provide a modern, affordable Linux-based PC-like environment. This will include Imagination’s PowerVR GE7800 XE series GPU to enable developers to run graphics-intensive applications (such as web browsers).

The PowerVR Series7XE Series, which includes the GE7800, is a range of ultra-efficient, silicon-proven, highly-featured GPUs that have been designed specifically to deliver the right mix of performance, features and silicon size for the most demanding and cost-sensitive markets.

Imagination’s GPUs are designed to maximize performance in a given power envelope. Their tile-based deferred rendering architecture significantly reduces system-memory bandwidth requirements, which in turn increases performance and reduces power. It does this by capturing the whole scene before rendering, so occluded pixels can be identified and rejected before they are processed. The hardware also splits up the geometry data into small rectangular regions (tiles) that are processed as one image. Each tile is rasterized and processed separately, and as the size of the render is so small, this allows all data to be kept on the chip.

Building upon the v2.0 hardware, we plan to further improve the CPU performance to bring PicoRio to the level of a pad computer/laptop.

An example of what could be done with PicoRio 3.0 is a RISC-V-based pad computer/laptop, where all application software and storage runs in the Cloud (like a Chromebook). Such devices are much more popular than conventional laptops in K-12 schools because they are cheaper to purchase, and are easier to maintain due to no system administration being required. Another benefit is that since most of computing and storage is on the Cloud, it could use a slower, cheaper processor, require less storage and would need much less software to be ported to it.

We look forward to the arrival of the PicoRio and believe it will be a major boost for the RISC-V ecosystem. However, it will only be the beginning. After all, there is no “end product” when it comes to open source – by its very nature, it will constantly evolve as different users and developers collaborate from all over the world. 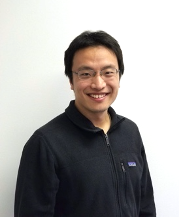 Zhangxi Tan is the Co-Director of the RIOS Lab, an Adjunct Professor at TBSI, and the Founder and President of RiVAI Technologies Co. LTD. Prior to these roles, Dr. Tan joined Pure Storage as the company’s first chip designer, and successfully guided the delivery of FlashBladeTM. Dr. Tan holds more than 20 US patents, and he is also the inventor of the FPGA-based architecture simulator (RAMP Gold). Dr. Tan earned Bachelor and Master degrees in electrical engineering and computer science from Tsinghua University; Master and Ph.D. degrees in computer science from the University of California, Berkeley, where he was supervised by Prof. David Patterson. 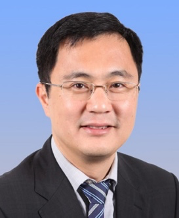 Lin Zhang is the executive director of RIOS Lab, a professor and doctoral supervisor of Tsinghua University. His research interests include communication networks, wireless sensor networks, sensor data mining, and artificial intelligence systems. In recent years, he made several breakthroughs in the implementation and development processes of many National Natural Science Foundation projects, “863” Projects and major national engineering, and has played important roles in the Olympic Game related projects as well as the promotion of smart city informatization. He has served as Chairman of the Graduate School Student Association of Tsinghua University, Executive Chairman of the National Association of Students, Deputy Director of the Department of Electronic Engineering of Tsinghua University, and has been awarded the “Excellent Teachers” title in Tsinghua University Graduate School. He is a member of the Chinese Institute of Electronics (Information Theory Branch) and a senior member of the IEEE. He has published more than 100 academic papers in journals and conferences in China and at abroad and has won the IEEE / ACM Sensys 2010, 2016, CASE 2013, IPSN 2014, and IEEE PES 2017 Best Paper / Technical Presentation Award. 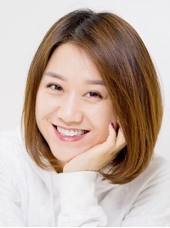 Yi Li is the assistant director of RIOS Lab. She was leading strategic initiatives for Amazon AI Services. Launched Amazon Prime Photos and API-driven service Amazon Rekognition for image recognition and video recognition at AWS re: Invent 2016&2017.Before Amazon, Li has performed as Chief Executive Officer (CEO) for Orbeus Inc (acquired by Amazon). As the first Chinese team funded by the top U.S. incubator (TechStar), Orbeus tapped the power of deep learning to provide scalable image and face recognition solutions for businesses and consumers. With expertise in state-of-the-art machine learning and ImageNet (award winners in 2013 and 2014), Orbeus developed ReKognition API (a cutting-edge facial and image recognition platform), and managed the invention of PhotoTime (a mobile application for auto-tagging and search photos). Orbeus was acquired by Amazon in 2015.