How Secure is Your Software?

It’s a simple question with—perhaps all too often—a complex answer.

A more telling question may be: just how quickly can your software be breached?

Hosting providers facilitate the movement of massive amounts of customer data and, in some cases, provide internet routers to those customers. Trivial as it may seem, even the configuration page for this service can be targeted by malicious hackers who want access to data within.

Someone could direct a Distributed Denial-of-Service (DDoS) Attack at the configuration page and crash the intellectual property (IP) stack. The whole system could go down because of a memory leak.

This type of attack can badly damage a company’s reputation, and it happens a lot.

When the Heartbleed security bug was discovered in the OpenSSL cryptography library in 2012, an estimated 17% the Internet’s secure web servers were vulnerable to this sort of memory leak attack.

The Microsoft Security Response Centre found that the majority of vulnerabilities detected in Microsoft products since 2004 were “caused by developers inadvertently inserting memory corruption bugs into their C and C++ code.”

That’s all it takes, and as codebases grow, the potential for memory leak vulnerabilities increases, too.

Our Mi-V ecosystem partner, DornerWorks, has been helping companies develop secure systems based on the seL4 microkernel for several years. DornerWorks has ported seL4 to the RISC-V architecture on our PolarFire® SoC FPGA Icicle Kit. Open source RISC-V hardware architecture has provided developers with a cost-effective platform on which to build products that can easily integrate with others in the rapidly growing RISC-V ecosystem. DornerWorks seL4 port to RISC-V hardware makes it possible to build enhanced security into those products, with the added confidence that new devices and supercharged processing platforms like our PolarFire SoC FPGA can also harness the power of this technology.

Demonstrating seL4’s Isolation Capabilities for a US Army SBIR

At a specified URL, users can see instances running on each of those servers. 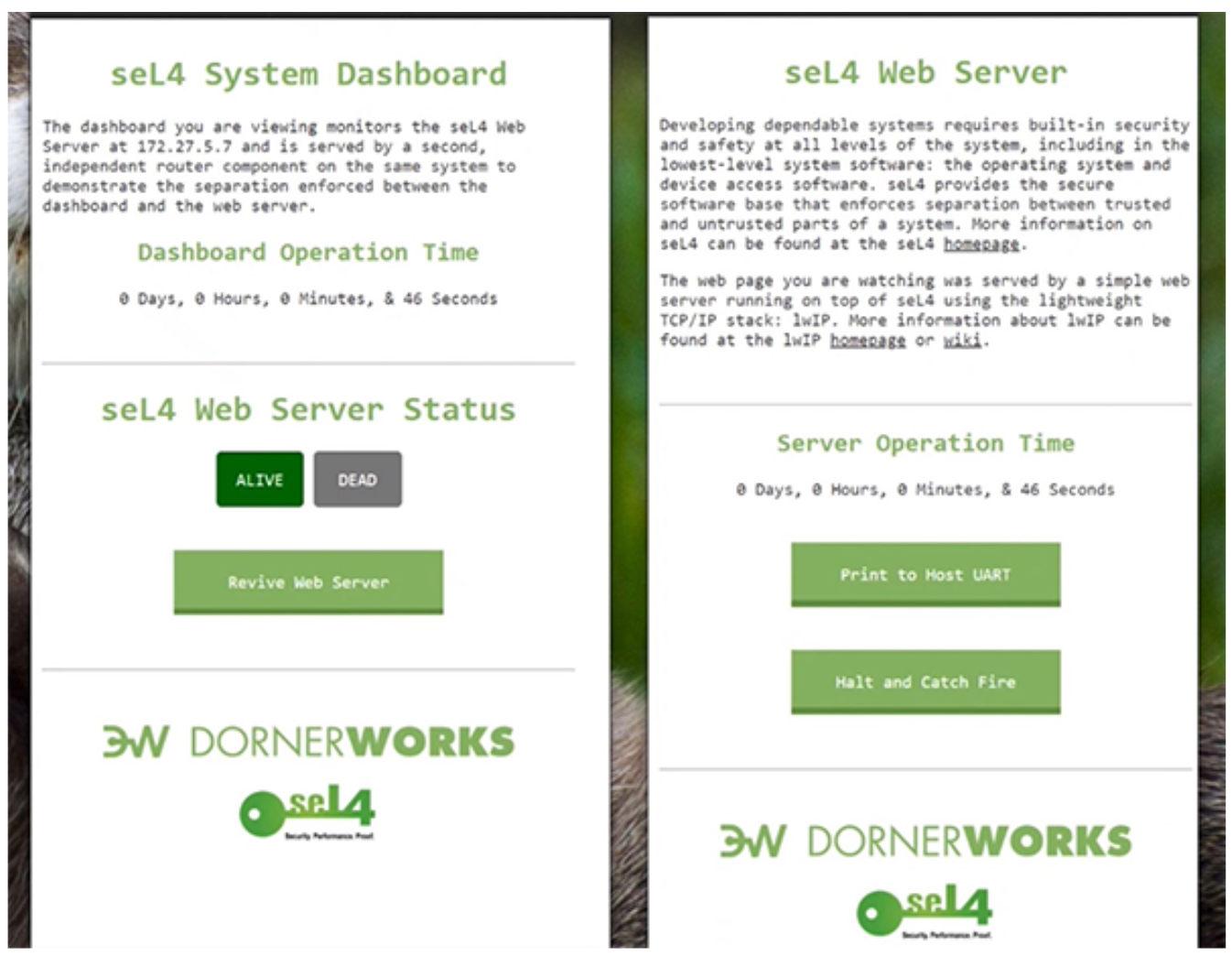 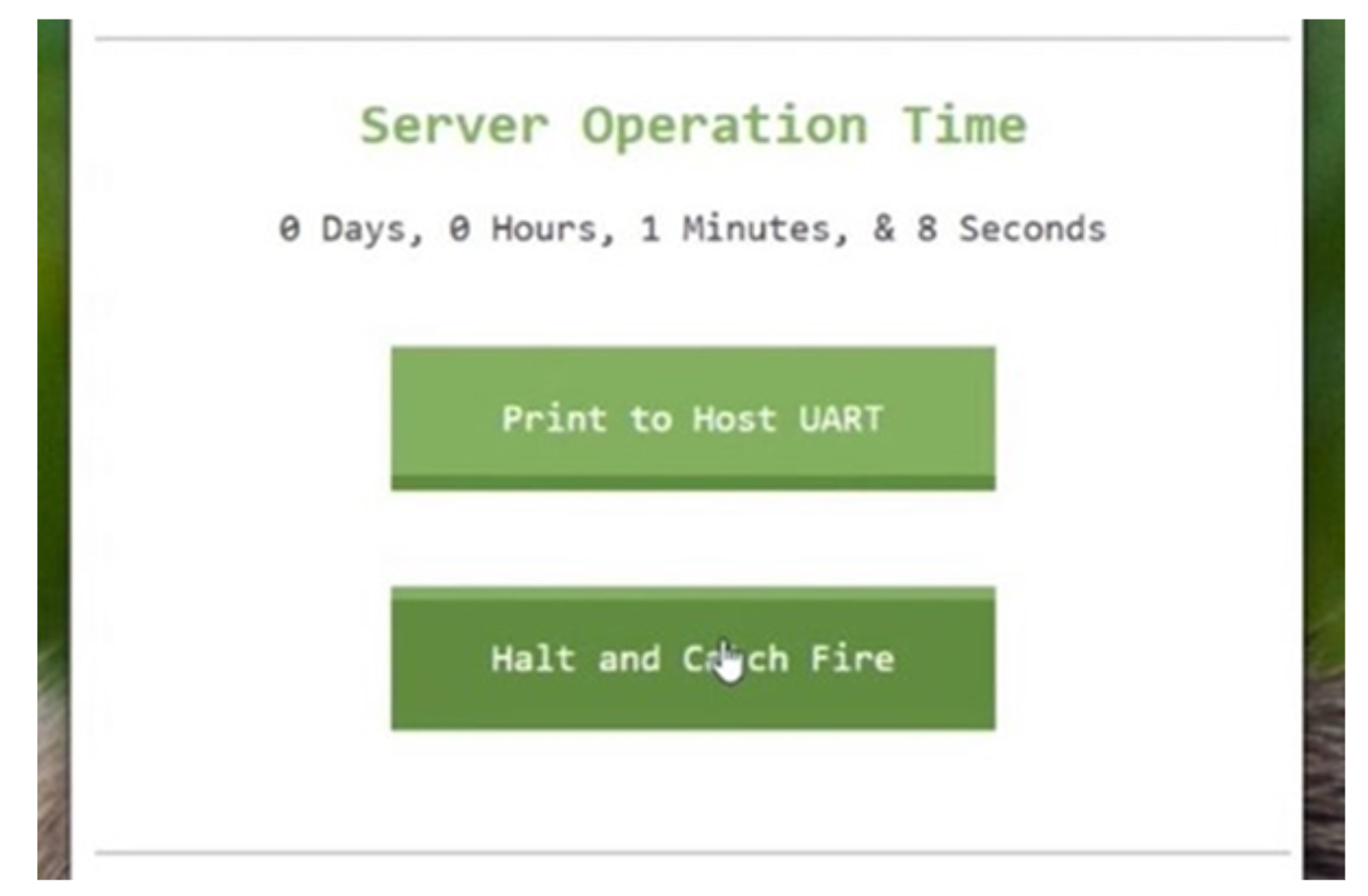 The second server can be crashed by pushing the “Halt and Catch Fire” button.

In one window, the seL4 Web Server Status shows whether the second window is “ALIVE” or “DEAD.”

Pushing the “Halt and Catch Fire” button in the second window crashes that instance by causing a memory leak overflow.

The red “DEAD” box lights up in the seL4 Web Server Status window, indicating that the second server has crashed, while the first runs uninterrupted by the event. 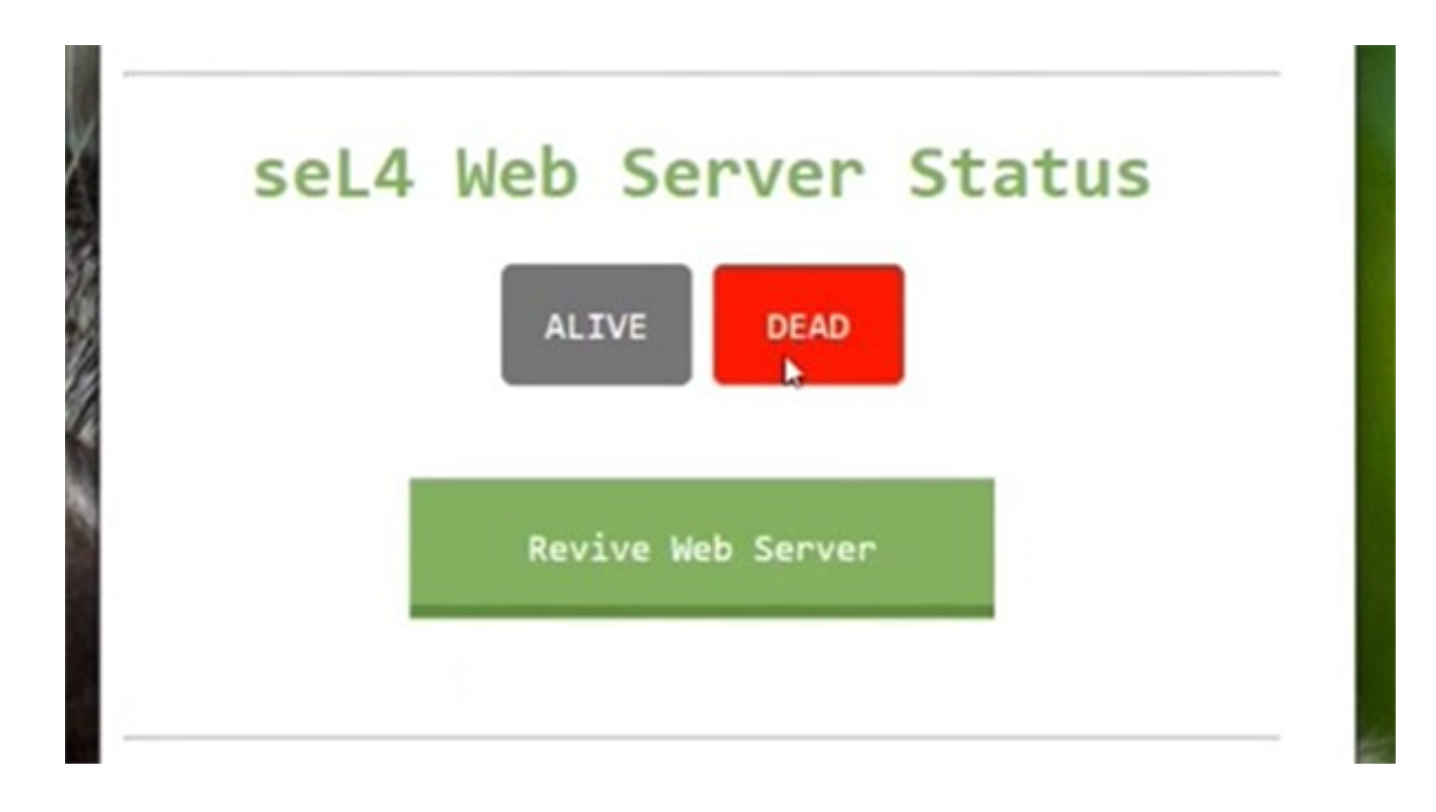 The first window shows the status of the second and can revive it with a click.

The extra step shows how seL4 can enable isolation and control from another higher privilege process.

This demonstration shows how seL4 can isolate an IP stack from a public-facing webpage while monitoring its health at the same time.

The configuration page for a secure router, for example, is far more secure when isolation properties can be backed up by seL4’s mathematical proof than when based on a monolithic system. seL4 minimizes the attack surface while keeping sensitive information separate from public channels without the use of virtualization.

If you want to enhance the security of your products, schedule a meeting with DornerWorks. We will map out a plan to turn your ideas into reality, enhanced with the benefits of seL4.