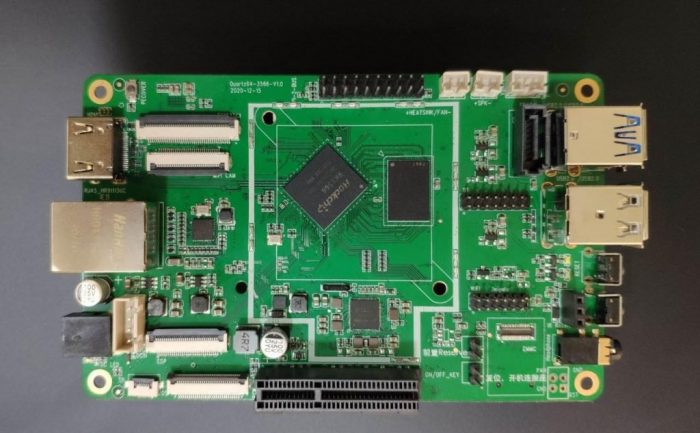 It’s called the Quartz64 model-A and while Pine64 hasn’t announced pricing or availability details yet, the company notes that the new single-board computer isn’t a “pro” device like the RockPro64, so it will like have a much lower starting price than that board (which sells for $60 and up).

Pine64 has also announced it’s working on another single-board PC that will be available at a later date — and it will be the team’s first mini PC powered by a RISC-V processor rather than a chip based on ARM architecture.