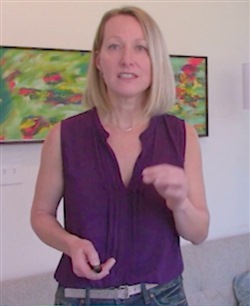 The second week of December was RISC-V week, the three-day RISC-V summit (or four if you are a member since Monday was “member day”). Tuesday opened with the keynotes being broadcast live. At least, that was the plan. The video platform pretty much melted down. I got a two-second snippet of video and audio, and mostly a spinning wheel. From watching the chat window, many other people were in the same position. Curiously, Silicon Valley seemed to have a lot of issues, while people were not having problems in Pakistan or Malaysia. I assume that the infrastructure that replicated the videos around the world was not overloaded in those places, unlike in Silicon Valley. Eventually, the conference organizers took everything offline and said they were “switching streaming platforms”. That sounds a bit like changing a tire without stopping the car. There were some good witticisms in the chat stream to distract us while we waited. “None of the servers doing the streaming are running RISC-V” and “The x86 servers decided there was just too much RISC-V in the content”. Everything was available later for replay, but initially, I had the same issues. But eventually, things seemed to start working somewhat normally.